The Football Lads Alliance started out as a response to the Islamic terror attacks which we saw in Manchester and London last year; a small number of like minded rival football fans angry at the limited response from the government and the political elite following those terror atrocities.

Since the movement started in the summer last year, the FLA has grown massively in numbers and two marches have already taken place in London, with a further march being planned in Birmingham next month. What I want to discuss in this article is the media’s perception of the FLA; the extent of how much the media has in fact covered the two previous marches, and what image of the FLA the press has tried to portray.

After the first march in which there were 10,000 people, nobody in the press bothered to cover the story. The only people who knew of the march were members of the FLA page on Facebook, which at a guess was maybe 50,000 people. The general population had no idea that 10,000 people marched through their capital city that day, never mind what they were marching for. The BBC didn’t cover the 10,000 FLA marchers, but that very same day the BBC had time to cover the story of a 1000 feminist protesters… in Germany!

After the second FLA march, the press started to take an interest, albeit mainly the minor media outlets who no one takes seriously anyway. The reports from the press suggested that the FLA were far-right racists, which in fact was just an attempt from the press to keep the liberal left and the politically correct at piece of mind. Despite not being part of the two previous FLA marches, I myself have been part of the FLA Facebook group right from the very start and I have seen the leader and founder of the FLA, John Meighan, post the same messages throughout; “no racism and no violence”. 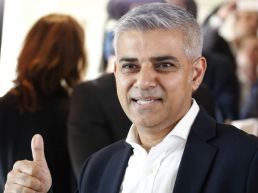 The FLA is a movement that welcomes anyone from any background providing they are opposed to terrorism and extremism, something which has unfortunately become part and parcel of living in a city (I’m sure I’ve heard someone say that before???).

I thought it would be useful to ask John Meighan a few questions and note down the answers. I already knew what his answers to my questions were going to be before I had even asked them, but I asked him anyway because in my opinion, this is how a democratic free press should work. Talk to the primary source of the topic that will be covered in order to get the most valid report, whilst maintaining no bias with complete neutrality of opinion. This will thus allow readers to form their own fair opinion.

J Mitchell- What is the FLA and why did you start the movement?

J Meighan- The FLA is a street movement formed in response to the terror attacks in the UK. It was founded after the London Bridge Attack, but the real game changer was the Manchester terror attack where young children lost their lives

J Mitchell- What were you intending to achieve when you started the FLA movement?

J Meighan- We were initially planning a small march through London with like minded people, but this soon evolved into tens of thousands marching

J Mitchell- How do you feel about the very limited response from the media (the BBC in particular) and the political class?

J Meighan– This was unsurprising. In meetings and interviews with the BBC and other media outlets it is clear that they have a narrative. Football rivals peacefully marching through London together is just too much of a happy ending, which doesn’t cut any ice fitting with their agenda

J Mitchell– Of the media outlets who have responded, they have labelled the FLA fascist and racist. How do you feel about this?

J Meighan– It was inevitable because anything right of left is seen as racist. I feel annoyed, frustrated and angry because it’s simply not true. The truth is in the pudding. The truth is in the two marches. You will always get idiots who latch on to any movement and use it for their own agenda, but we have tried to actively manage that issue and will continue to do so as and when it is possible.

Lets have a look at John’s answer to question number 3 with regards to the fact that the media already had a narrative and that rival football fans marching peacefully is just too much of a happy ending. This is such a shame. The press had no interest after the FLA’s first march simply because it was peaceful and therefore successful. If things went sour and the rival football fans started kicking ten bells out of each other, the BBC would have been all over it!

After the second march the Independent newspaper decided to do a report, but not on the story of yet another successful march in which this time 30,000 rival football fans marched peacefully together; again with no one being arrested. The Independent chose to write about an incident in which the FLA marchers came across Stand up to Racism demonstrators, acting as an anti-Islamophobic counter-demonstration. Minor insults and derogatory chants were exchanged but nothing major. There certainly wasn’t any fighting; hence why no arrests were made. The FLA marchers were angry because they couldn’t understand why the Stand up to Racism counter-demonstrators were present. No one was being Islamophobic! Does being against Islamic extremism and terrorism count as Islamophobia? The question that the Independent should have been asking is “why were the counter-demonstrators even there at the scene?”

As you get to the lesser powerful media outlets the bull**** gets even worse. The Searchlight Magazine and the Socialist Worker for example both label the FLA as fascist racists, the Searchlight Magazine claiming that in the FLA’s second march, “London witnessed the largest demonstration of the far-right in since before WW2”, and the

Socialist Worker saying that “racism was at the heart of the FLA”. Come on Searchlight Magazine! Far-right? Really? Why does anything that is not left-wing liberal suffice the racist label these days? Even Wikipedia tells lies claiming that FLA founder John Meighan has previously served a prison sentence for football violence. Not true!

What I think is that the press were hoping that the rival football fans would clash during the FLA’s first march, and then there would have been an interesting story to report, even more interesting than feminist campaigners in Germany! Unfortunately for the press the march was peaceful. The press then couldn’t ignore two marches, therefore the Independent et al toed the lines of a sensitive society where everyone and anyone gets offended by everything and anything. They knew that there was nothing wrong with the two marches or the FLA movement as a whole, but the safest option for the press and the media is for them to demonise the Football Lads Alliance in order to keep the sensitive and easily offended people happy.

But I must ask what about keeping these rival football fans happy and listening to what their concerns are? Is it a social class issue? Prime Ministers come and go but every time each one of them promises to give more voice to the working people. Well now’s the chance! The FLA are working-class people, they are the biggest working-class movement since the miners’ strikes. Middle-aged pompous Guardian readers who latch on to a “Save Our NHS” demonstration, whilst feeling secure from any potential danger with their Bupa insurance DO NOT count as working-class. The FLA is the perfect example of who politician’s ‘supposedly’ want to hear from more often. But nah, still the political class aren’t interested in what the working people have got to say, as per usual.

There has been one or two politicians who have spoke out criticising the FLA, the usual suspects of course, i.e. Diane Abbott. Where was Diane Abbotts criticism of Sadiq Khan allowing the Al Quds march in London; Muslims with links to Hezbollah canting “death to Jews”?

There’s obviously the risk of the FLA attracting far-right white supremacists and Nazi’s, but surely there is with any up and coming new movement. John Meighan has already said that the FLA group is politically neutral it is neither left or right, and he told me specifically that the FLA are aware that “idiots will latch on to the movement and use it for their own agenda, and the FLA will actively try to manage that issue”. You can’t ask for more than that.

The Football Lads Alliance are a group of working-class people trying to get their voices heard in a society dominated by the media and the political class. With the press already trying to belittle the FLA movement, they are practically claiming that any criticism of terrorism and Islamic extremism is in essence Islamophobic and racist. If you can’t criticise terrorism what can you criticise?

Graduated with a politics degree in 2016, now looking to give my opinion on... everything! View all posts by jackmitchellpolitics